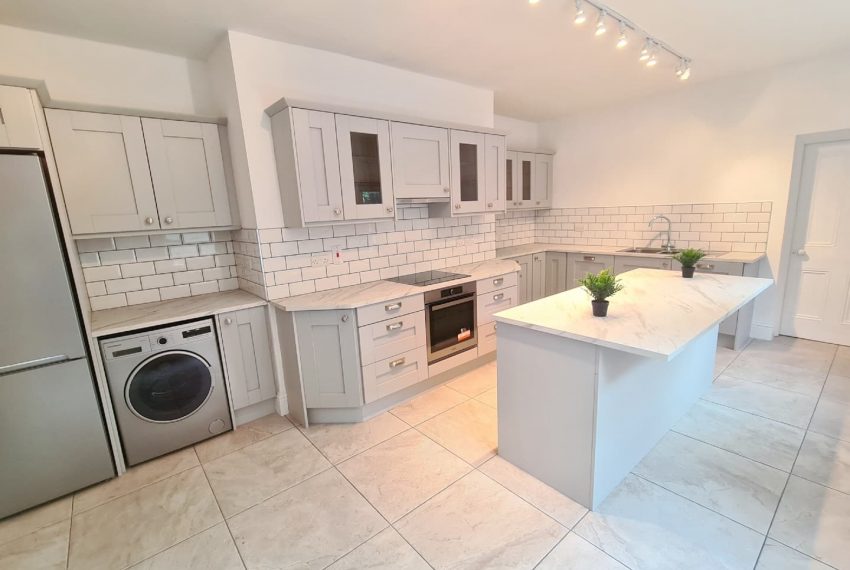 This stunning newly refurbished period home that maintains it’s character is based around the corner from Peoples park in Dun Laoghaire. The property offers large rooms with a wealth of period features retained including magnificent fireplaces, Georgian doors, ornate ceiling cornicing, ceiling roses and original ceiling lights. Avondale offers a substantial period residence that exudes character and charm with exceptional ceiling heights maintaining a feeling of space in all of the rooms. The property offers 6 large bedrooms, kitchen, dining room and a newly finished Kitchen with kitchen island.

From the entrance leads to a wide welcoming entrance hall off which lies two gracious reception rooms both featuring stunning marble fireplaces. On the hall floor return there lies a bran new kitchen with island overlooking the rear garden and a guest wc. On the first floor is 3 large bedrooms and 1 master with en-suite. On the Second floor lies a third hall way with two double bedrooms.

Situated within a stone throw of Dun Laoghaire and Glasthule village every conceivable amenity is on the doorstep, both social and essential, including an excellent choice of shops, bars and restaurants, boutiques, and a weekly farmers market in Peoples Park. Premier schools close by include Rathdown School, CBC Monkstown, Loreto Dalkey, and Holy Child Killiney. Further excellent schools are easily accessible along the DART line. Transport facilities in the area are abundant with several bus routes passing through the vicinity along with the DART line, while the Air coach provides easy access to the Airport and N11 and M50 are easily accessible.